This morning all of Community Health Center’s staff received an email from our Chief Medical Officer, Veena Channamasetty M.D. announcing the new onsite medical director for our Nowalk and Stamford sites. Read on for the announcement:

I’m excited to  announce the selection of Nicole Seagriff as the new OSMD for Norwalk and Stamford.

Nicole has been with CHC since 2011 when she joined the Family Nurse Practitioner Residency Program in  Meriden and after graduation joined the Norwalk Site. Nicole has been practicing at the Norwalk site for almost three years, during which she has gained the respect and confidence of her patients, colleagues and peers.  She participates in multiple QI projects, ECHO, and is now a resident preceptor herself!

Nicole completed her training at Yale University and is currently completing her Doctor of Nursing Practice at Duke University, while working full time at CHC.  Nicole has also been national figure in Breast Cancer Awareness.

Danbury, Stamford and Norwalk have grown over the past few years both in terms of number of patients served and the number of staff members working. I want to give a huge thank you to Monte Wagner for his leadership of all three sites over the past years;  as the sites grew and region expanded!  In recognition of this continued growth, we wanted to expand leadership to the region and have made the decision to create two On Site Medical Directors.  I know we have 2 wonderful and committed leaders in Monte (in Danbury) and Nicole.

Please join me in congratulating Nicole in her new role as the OSMD to Norwalk and Stamford! 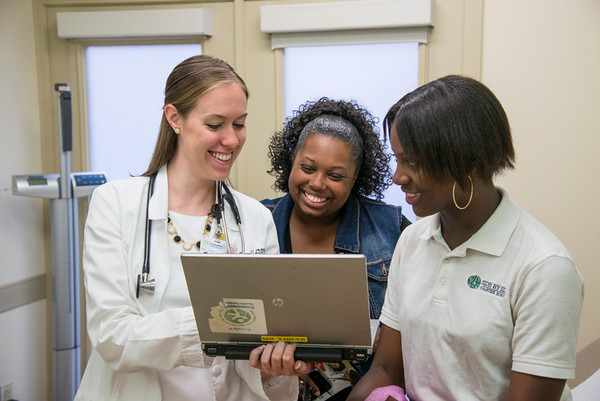