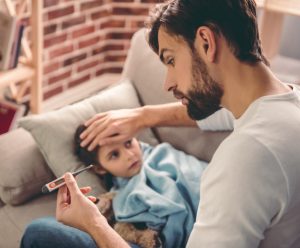 This year’s flu season continues to be unusually dangerous and widespread. Nationally, the Centers for Disease Control and Prevention report a 7.7 percent increase in people seeing their health care provider with influenza-like-illness, the same percentage observed during the peak week of the 2009 H1N1 pandemic.

The Influenza A (H3N2) virus is hitting Connecticut hard, with flu widespread throughout the state.  A high percentage of patients are going to their primary care providers or the ER with flu symptoms, and there are an increasing number of flu-associated hospitalizations and deaths.

This flu season may be especially nasty for Connecticut residents, but it’s not too late to avoid becoming a statistic.

“There’s still time to get a flu shot. It’s your best protection against the flu, which is expected to peak in March,” says Veena Channamsetty, MD, chief medical officer of Community Health Center, Inc.

Other simple steps to avoid getting the flu:

“The flu spreads easily this time of year, especially in schools and office buildings,” says Dr. Channamsetty. “Getting the flu shot and taking a few precautionary steps to avoid contracting the virus can make a huge difference.”