During her junior year as a pre-med major at Tufts University near Boston, Mary Blankson realized she didn’t really want to be a doctor.  She met with an advisor and researched other opportunities found being a Family Nurse Practitioner really stood out to her.

Upon graduation from Tufts, Mary was accepted into Yale University’s Graduate Entry Pre-Specialty Nursing Program on the Family Nurse Practitioner Track. When the time came to begin applying for nursing jobs, a classmate who was applying to a Community Health Center, Inc. suggested Mary do the same. Mary applied and received a phone call for an interview at CHC. She recalls being nervous and intimidated during the interview but she was ultimately hired as a nurse for CHC’s New London site.

After she was hired in 2005 Ingrid Fetta, the onsite medical director for New London, was very supportive and played a significant role in Mary’s success at CHC. Mary loved working in the clinical practice and felt the experience made her a well-rounded clinician.

Mary’s hard work and dedication paid off and in 2012 she became the on-site medical director for CHC’s Groton and New London sites. Mary shared that she absolutely loved being the job. She truly enjoyed advocating for not only her staff but for her patients as well. 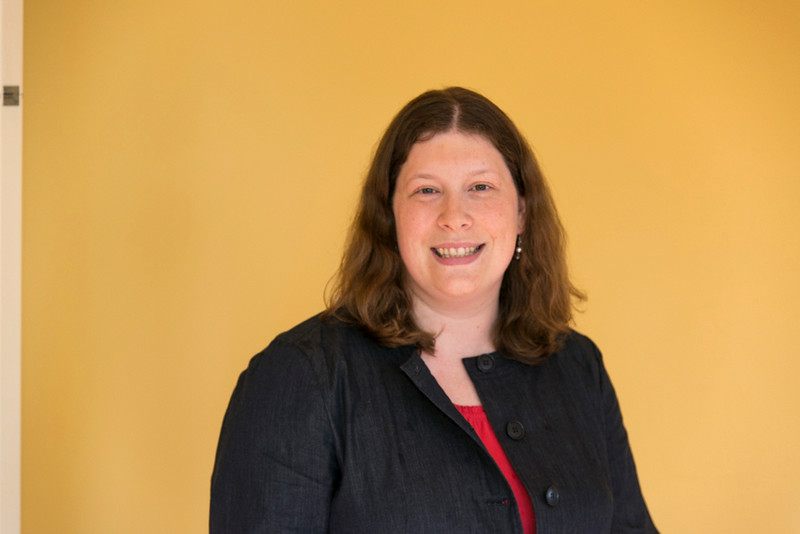 In 2014, while Mary was pursuing her Doctorial of Nursing Practice at Johns Hopkins University, she received a phone call from the Chief Nursing Officer who told Mary she was going to be leaving CHC and thought Mary should apply for the position.  On July 1, 2014 Mary started her positon as Chief Nursing Office here at CHC. Mary then made sure to attribute her success to all of those who helped her along the way.

During her career, Mary has served CHC in a number of ways, she is the Nurse Practitioner Residency leader and preceptor, where she provides guidance to residents during their time at CHC; she was a Microsystems team leader; she served as the VP of Medical Staff, where she was responsible for providing assistance to the Chief Medical Officer; and she spent some time as a family NP in a school-based setting at the ISAAC school, where she was able to see a different side of the services provided by CHC.

When I asked Mary what her favorite part of working at CHC was, she shared she loves working with her teams because of how meaningful they are. She loves being a mentor and supporter to anyone who crosses her path. Mary loves that there is never a day without a challenge; she appreciates having the opportunity to think and learn from different situations. Mary ended by sharing that she has a passion for teaching and helping to make others better.

CHC is lucky to have such a kind and compassionate employee encouraging our nurses and shaping their care.