As many of you know November is Diabetes Awareness Month, and the number of people effected by this disease is ever increasing in the United States and around the world. This month is intended to shed light on the daily struggles and lifestyle choices people living with diabetes must make, both those with type 1 and type 2.

Here are just a few of the recent statistics on diabetes from the American Diabetes Association:

A huge component of Type 2 Diabetes prevention, and management of complications once diagnosed, is education. It is imperative that people practice healthy habits such as eating nutritious foods and exercising regularly to control the progression of the disease.

On Friday November 14, which was official World Diabetes Day, CHC’s own certified diabetes educator Hilda Cardona hosted an educational diabetes event at the Meriden CHC as she does every year, photos below. The event provided patients with a healthy food demonstration along with a diabetes True and False quiz game, including prizes for correct answers. Examples from the game include ‘Should a diabetic test their blood sugar everyday?’ (True!) ‘What are some high carbohydrate foods?’ (potatoes, yams, white rice) After the game the patients were all pleased with the delicious yet healthy chicken and white bean soup. Hopefully they will take some of the new information they learned to help better manage their diabetes, or reduce their risk for developing diabetes.

She will also do a similar event for the patients in New Britain today, November 19. 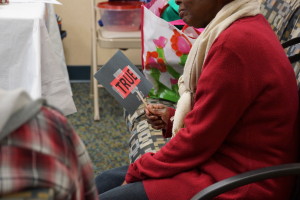 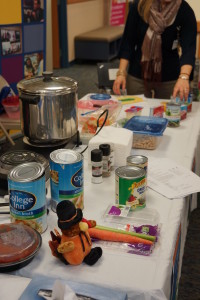 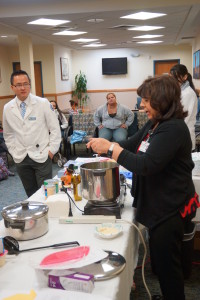