Last week, I wrote about how different individuals responded to the prolonged power outage that has afflicted Connecticut for over a week.  Yet it hasn’t been just individuals that have struggled to get by during the prolonged power outage.  Several of our sites were without power for extended periods.  We are happy to let everyone know that all of our sites have power again and we are even happier to thank the tremendous effort that our staff have undertaken to provide the best possible care we could under the circumstances. 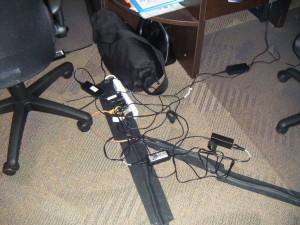 One of the most noteworthy efforts came from our staff in New Britain.  The New Britain site receives power from two different feeds.  The feed coming into our dental clinic was restored fairly early, but the feed coming into the medical side took much longer to be restored.  Under normal circumstances, extension cords taped to the floor and construction lighting would raise serious issues, but during these trying times they become illustrations of the dedication and ingenuity of our staff.

In other sites, showers that have been used mostly by just a few hearty athletes upon returning from a lunch time run ended up being used by many staff coming in to work from houses that lacked hot water as a result of the power outage. 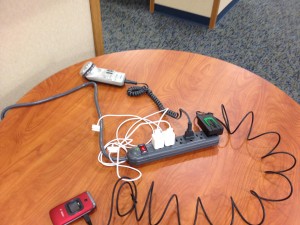 Charging stations were set up where staff and patients could plug in their electric devices.  These included not only the obvious devices, like cell phones, but also less obvious devices, at least to a bearded writer like myself, of electric shavers.

While frustration remains high, especially for those who still haven’t gotten power back, slowly life is returning to normal here in Connecticut.  More and more people have power back on at home.  Places that were closed because of lack of power are reopening and we should take a moment to thank everyone who showed dedication and ingenuity in getting through a challenging week. 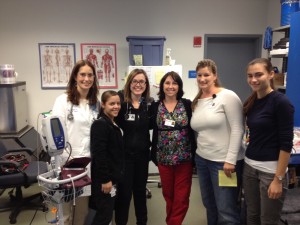