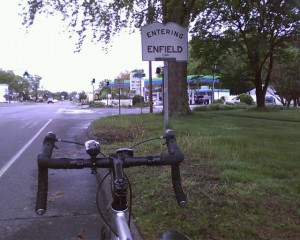 AmeriCorps week got off to a wet week in Connecticut.  Sunday, the team was at the Enfield Common Grounds Rotary Garden, but had to cancel after a few hours because of the rain.  Monday was also rainy as they started their bike trip from Enfield to New Britain.  They biked through East Windsor, South Windsor, Hartford and on to New Britain, stopping to view some llamas and posting updates along the way.  You can follow their progress on Twitter.   They have also been posting pictures on yfrog which you can find on the Twitter stream. 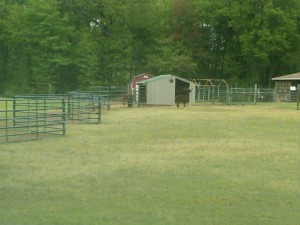 They also picked up a little news in the Hartford Courant and word is that they have some good videos coming.

Tuesday, the rain has continued.  The team has been spending the day making container gardens at the Boys and Girls Club of New Britain.  Through a grant from NACHC, and donations of empty five gallon pickle containers from Rein’s Deli in Vernon and the guidance of Urban Oaks Organic Farm, these containers will have vegetable plants.   The container gardens will be distributed at CHC in New Britain and to various locations around the city. 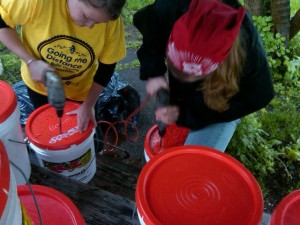 Wednesday, they are scheduled to bike to Meriden where they will do more gardening, this time with members of Beat the Street Community Center.